About Securing your Bike

Anybody who plans on leaving their bike outside must have a lock. New York City is a great place, but unfortunately it is home to people who like to take things that don’t belong to them. There are many levels of security and add-ons to further secure a bike. It is important to remember that no lock is unbreakable, given enough time and with the correct tools any lock can eventually be broken. The goal is making that process as long and as difficult as possible. The aim is to have enough security that it discourages a would be thief from even trying. If the thief tries and fails that’s good, but if the thief never tries to begin with that’s even better. No lock can resist power tools, power tools are very strong and effective with breaking locks but they are loud and large so it’s pretty difficult to go at a lock with power tools and not be noticed. No bike should be left locked outside over night as that would be an opportunity for someone to use a power tool with out drawing too much attention. 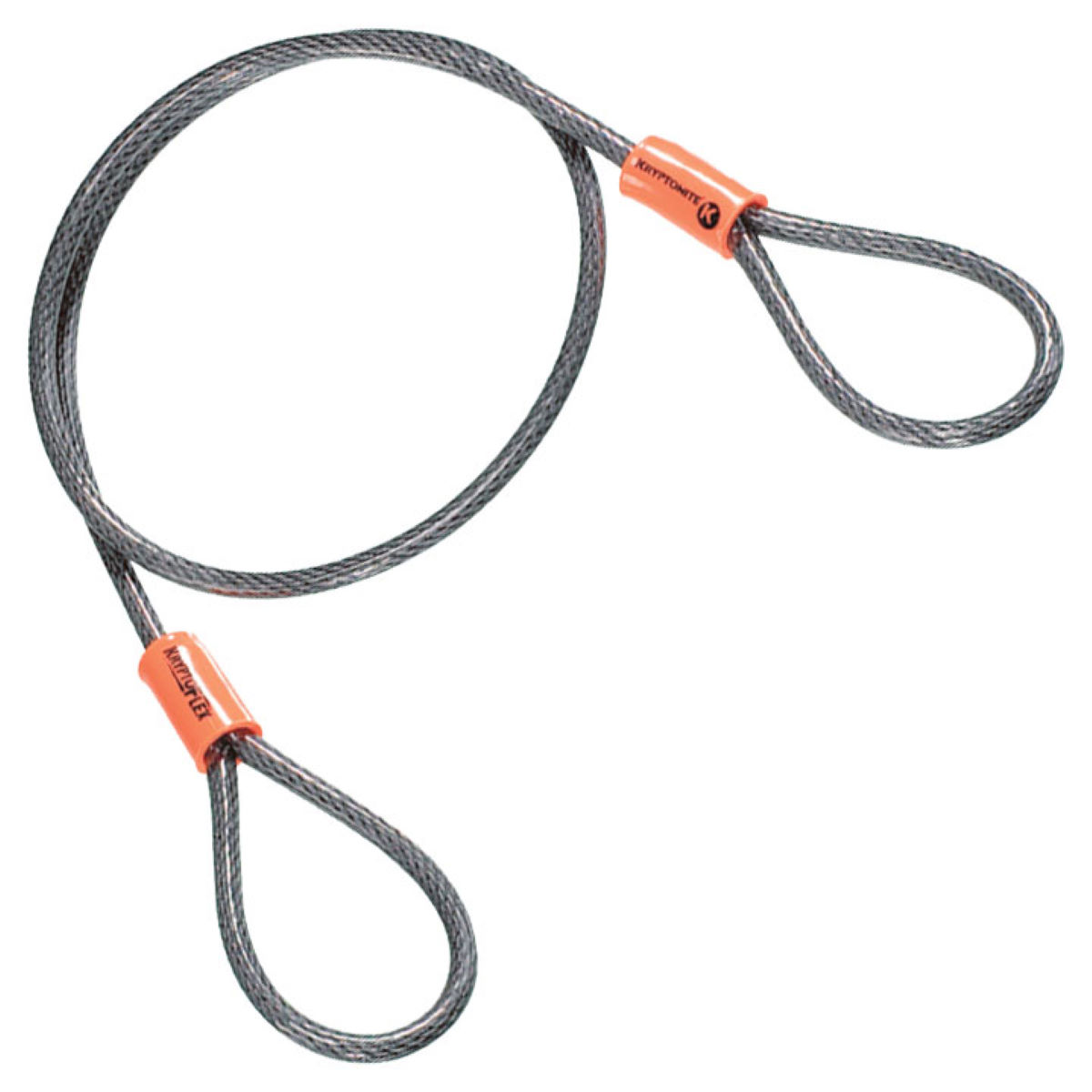 Cable locks of any brand are not recommended for long-term use. A cable lock should only be used for in-and-out purposes like going into a deli. A cable lock is light and convenient because of its flexibility, some can be as long as 15ft long which is good because it allows the cyclist to lock both wheels and the frame. Cable locks curl up into kind of a ball so they are comfortable to carry with you in a bag or on the bicycle mount. 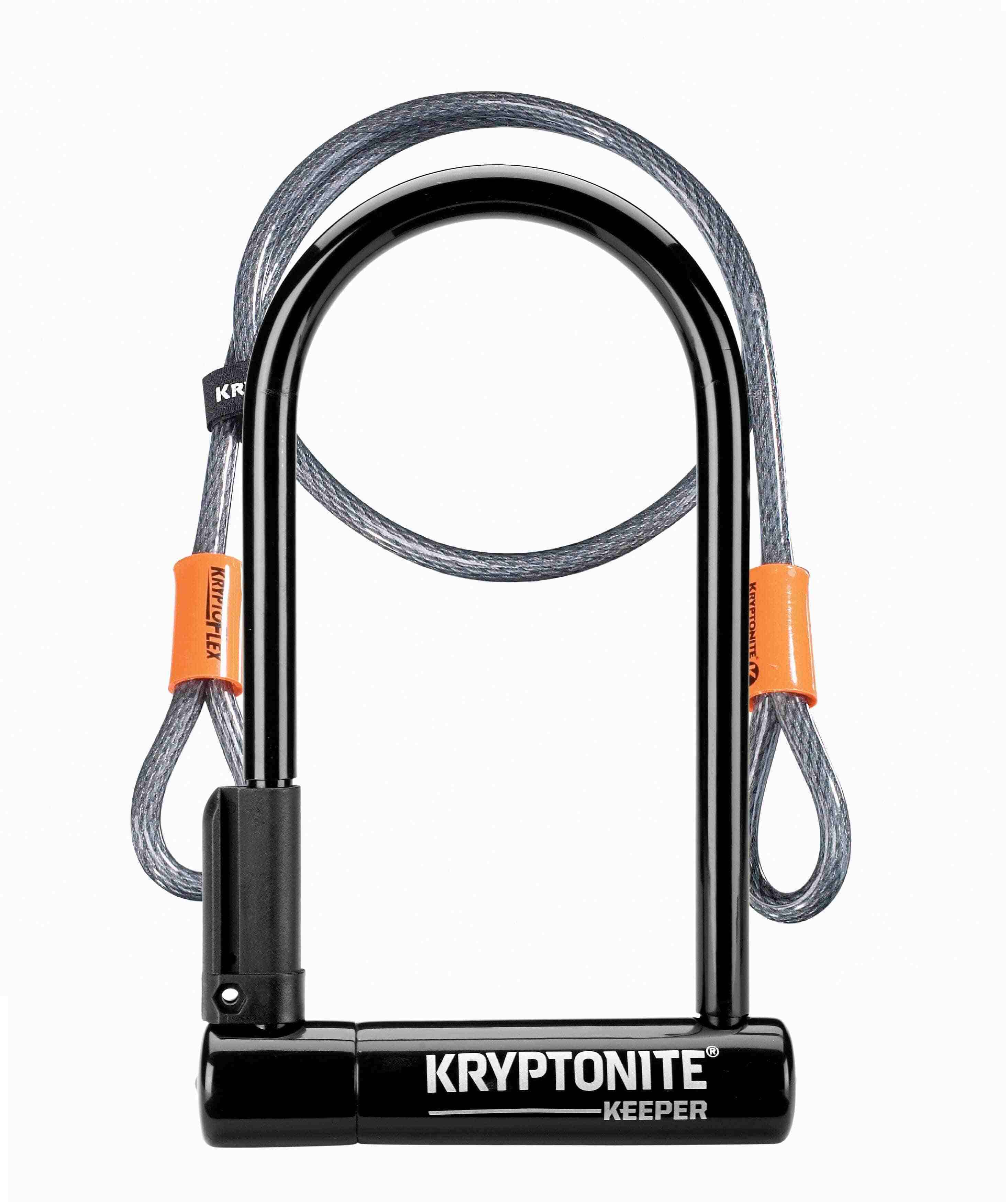 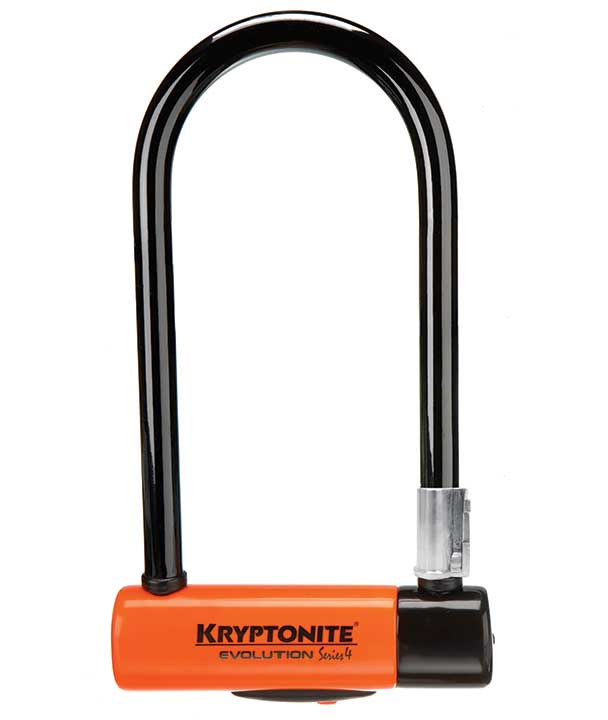 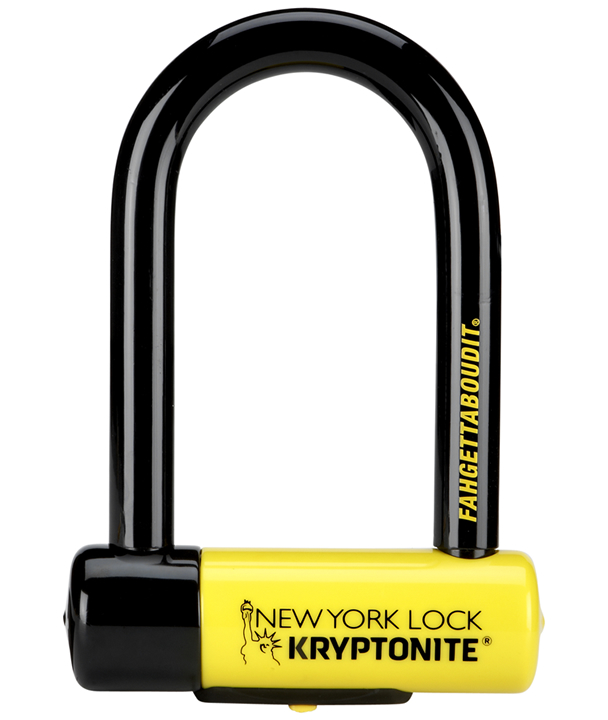 U-locks are reliable locks, they are usually made of steel and the rigid design make it difficult for a thief to move the lock to an easier to cut position. Not all U-locks are equal is strength, they are available in different strength levels. The difference between a basic and a top of the line U-lock is in U bar and the locking cylinder. Although all three locks look similar the FAHGETTABOUDIT lock has a much thicker U bar and locking cylinder. The bigger bar and cylinder are more reinforced to handle impacts and also make it uncomfortable to get bolt cutters on it. The flaw to using a U-lock is that a cyclist will have limited places to lock their bike. Since U-locks are relatively short the only safe locking options are bike racks and thin street poles. 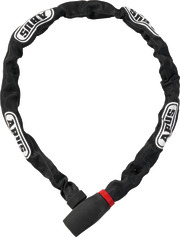 Another lock option would be a chain lock; these are pretty well balanced because they are long and strong. The length allows for locking up the bike in a variety of places and possibly securing both the front and rear wheels. The strength of a chain lock varies by how thick the chain links are and the strength of the locking cylinder. Chain locks now frequently use square shaped links to make it more difficult for a bolt cutter to cut through. The only real set back to chain locks versus the others is that there is no 100% comfortable way to transport them. Some people wrap the locks on their own bodies, or some will wrap it around a part of the bike. 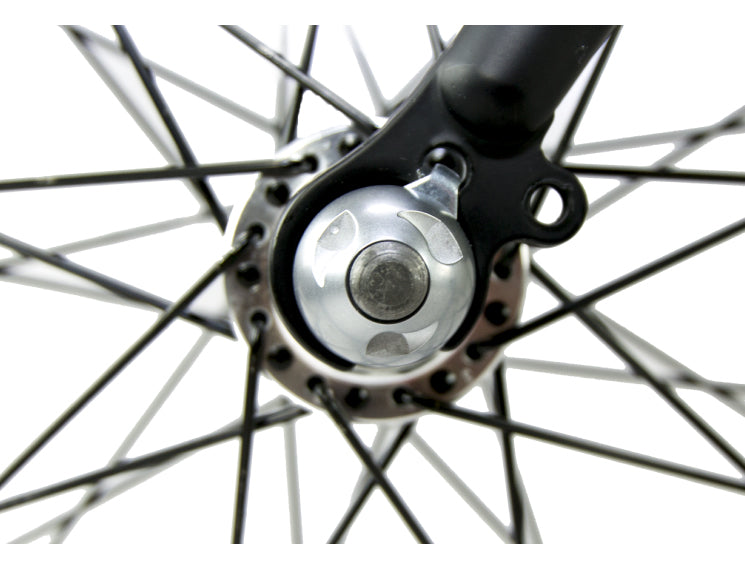 The example above is a security system that replaces the quick release or nuts on the wheels and seat post of a bike; the stem can also be secured. The pinhead system is meant to protect the parts of the bike that are easily removable by replacing the common skewers and bolts used to hold the parts down with bolts and skewers that require a key unique to each pack in order to loosen and remove them. Abus and other brands have created similar products. These work great together with your locks so that if your only able to lock up the frame or one of the wheels, these locks can secure the other parts of your bike that thieves may target.